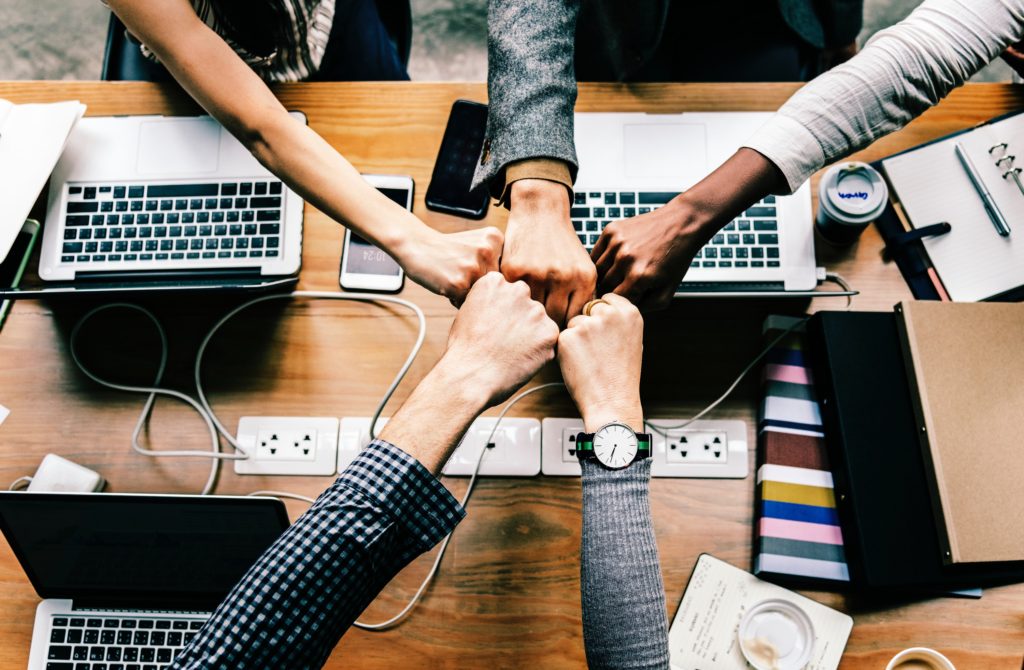 The LaVoieHealthScience team was thrilled to kick off 2019 with another trip to San Francisco for the 37th Annual JP Morgan Healthcare Conference. Plenty of stories out of JPM19 trended online and made headlines. In this article, we highlight a few that caught our attention.

Meeting Space at a Premium

JPM19 boasted more than 10,000 attendees while thousands more flocked to San Francisco for meetings and industry events like the Digital Medicine & Medtech Showcase, the Biotech Showcase, the Dermatology Summit, East-West CEO, RESI and the Neuroscience Innovation Forum. With so many visitors flooding an already expensive and crowded city, finding meeting space wasn’t easy. In this article from Bloomberg, Kristen V. Brown describes the challenges attendees faced in booking meeting space during the conference. Some people opted to hold their meetings in plush hotel bathrooms while others found a local Macy’s to be a prime spot to chat.

At last years’ JPM, STAT News found there were more men named Michael giving corporate presentations than female CEOs. Those numbers improved slightly this year, with STAT counting 33 female CEOs giving presentations at the conference compared to 19 presenters named Michael. Here at LHS, we are excited to see that the industry is changing, albeit slowly. However, there remains a long way to go before we close the gender gap in biotech.

Giving Back to San Fran

According to Business Insider, San Francisco has the country’s highest rate of street homelessness. This year, STAT reporters Rebecca Robbins, Matt Herper, Damian Garde and Adam Feuerstein asked JPM attendees to give back and help fight homelessness in San Francisco. Rebecca, Matt, Damian and Adam created a GoFundMe with the goal to raise money for Lava Mae, a nonprofit that brings mobile showers, haircuts, food, clothing and more to homeless individuals in San Francisco, Los Angeles and Oakland. The campaign ultimately raised $12,635 for Lava Mae.

During JPM19, the major topic on social media for patients and advocates was the cost of many life-saving medications. It was hard to miss the dissonance between the financial concerns of patients and the solid gold pill JPM19 took as its logo. BioWorld reports that advocacy groups took to Twitter during JPM19, asking the biopharma industry to reconsider its priorities. Additionally, the rising costs of attending JPM are also cause for concern. With some hotels charging people an hourly rate just to sit in their lobbies, as reported by BioWorld, some are debating whether relocating the conference might be in order.

Overall, JPM19 provided a terrific forum to meet with clients – many of whom released major news or presented – as well as prospective clients, business partners and industry movers and shakers. The sheer variety of social and networking events surrounding JPM was mind-boggling, adding to an already packed schedule for most attendees.

But despite some of the negative atmospherics, the annual JP Morgan Healthcare Conference remains the largest and most informative healthcare investment event in the industry. It brings together an unequaled combination of industry leaders, emerging and established companies, technology innovators and the largest group of VC, PE and institutional investors of any healthcare-related conference during the year. Hundreds of companies, both public and private, reached out to more than 4,000 investors present at the event that literally set the stage for discussions within the healthcare industry for the rest of 2019. We all must remember despite the investor focus here that the true winners will ultimately be the patients as the myriad companies seeking funding for their innovations and treatments will push forward advances that help patients realize better outcomes.

Start reaching out if you have not already to top targetsSpread a wide net.  Extend your reach and target 20% or more new names. 2x outreach + personal emails.  Master schedule, one pen. 30 min meetings; 15 min travel timeTry BIO’s 1×1 meeting platform or...

The EU’s signature framework for the financial markets is starting to have major impacts in the US What are the challenges and potential opportunities for companies in the life sciences? On January 3, 2018 the Market in Financial Instruments Directive (MiFID) II was...

LinkedIn is a critical tool for networking, branding, and showcasing the talent that makes your team unique. With a growing number of life science professionals on LinkedIn, your company’s presence on the platform can serve as a point of reference for investors,...

Communications Strategies to Prepare for an IPO, and Beyond

How you tell your company’s story before, during and after an IPO can have a big impact on your valuation and market success  Preparing for an IPO signs you and your company up for months of hard strategizing, messaging and decision-making to effectively tap the...

With a crowd of social media platforms to master and so many digital marketing tools available, it’s not easy to determine which resources will work best for you and your company. As we discussed previously, social media is an important tool for life science...