Is the Potential Threat of Shareholder Activism Heightened by the Pandemic? 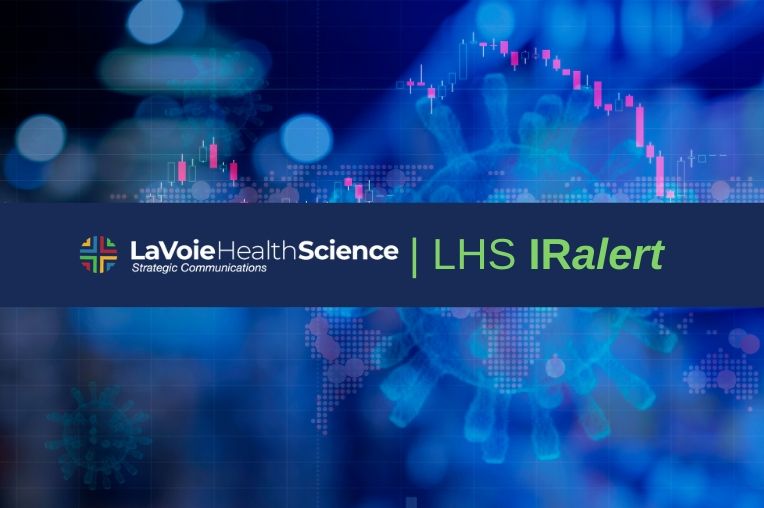 And is your company prepared for what may be coming next?

As biotech and pharmaceutical companies work to stabilize their clinical programs and business strategies during the significant disruptions caused by the COVID-19 pandemic, one of the potential challenges that public companies may encounter is aggressive moves by activist investors looking to leverage the economic turmoil for corporate takeovers.

The COVID-19 pandemic has led to unprecedented volatility in equity markets.  Sharp gains and losses in share prices, together with significant changes in share ownership mean that few companies, particularly those in the life science sector, are immune from the potential disruptions of shareholder activism.

And while public company management and boards are focused on the immediate issues affecting their businesses, employees and customers, they are likely to face a number of follow-on consequences of this crisis from activists.  Companies should be ready to address hostile short selling and unsolicited takeover bids, to develop rapid responses to special meeting and activist demands, and to vigorously engage with institutional shareholders, proxy advisory firms and potentially even regulators – all within the new environment of social distancing, quarantine and isolation that forms the new normal for businesses.

Elliott demanded quick action: a sale of the Company coupled with wholesale replacement of the Board and executive management.  And although this rapid escalation in demands from an activist investor is by no means unique, it appears to have been intensified by the market realities of the COVID-19 pandemic.  For example, one reason Elliott ascribed to the market’s negative reaction to Alexion’s acquisition of Portola was that Portola’s products are not in rare disease, Alexion’s wheelhouse, but in fact are used in the acute hospital setting – a potentially risky market segment in light of the pandemic, in which non-COVID-19 procedures have fallen off dramatically.  Elliott noted that there was a global opportunity now for potential acquisitions in biotech and pharmaceuticals, given the high hopes and intense demands created by the pandemic.  And last, Elliott noted that, after the March market debacle, many industry players have rebounded quickly as the pharmaceutical sector grows in importance and are ripe for making a purchase.

Given the number of public companies – including many blue-chip pharma and biopharma large caps –   that have seen their stock prices swing wildly, from this strict valuation perspective alone, the current environment seems as if it should present a historic opportunity to activist investors. Many would consider the current situation analogous to the 2008 financial crisis, which unleashed a surge in shareholder activism.

However, the statistics we are seeing to date do not support this scenario.  According to Lazard’s Q1-2020 quarterly review of global trends in shareholder activism, while global activism in January and February of this year was in line with historical averages, in March — coinciding with the worldwide shutdowns in Europe, the U.S. and the Asia Pacific Region — activist campaign initiations were the slowest since 2013.

And this lower level of activity is continuing, with Lazard’s April flash report showing only 8 campaigns initiated, an activity level that is some 54% lower than the prior six-month average.  Not surprisingly, however, Elliott Management, along with Starboard Value LP, have remained the most prolific activists with seven and three campaigns initiated this year, respectively.

This would seem to indicate that larger activists, potentially those with deeper pockets, have been able to take advantage of current conditions.  Others with lower cash buffers or shorter lock-up periods may not have the flexibility to hold positions long enough for the market to recover.  The data indicate that a number of activists have opted to settle, postpone or otherwise withdraw campaigns.  March and April saw 17 campaigns settle; however, as proxy season continued, some 50 Board seats at 11 different companies remained “in play.”

Two key drivers of these trends, as compared to the 2008 financial crisis, have been the significant drop in overall M&A activity due to the inevitable challenges of doing deals during the pandemic, and a historic focus by corporations on capital preservation. To date, more than 80 U.S. companies have suspended or canceled their dividends – more companies than in the previous 10 years combined.  Activists with an M&A or capital return thesis have been slowed by these two trends.

What will the impacts of COVID-19 be on activism going forward?

It would seem that levels of activist activity would eventually increase as the overall economy starts to normalize and that M&A market activity would return as a viable way again for value creation. But will the target companies remain the same and what will the new activist tactics be?

Lazard suggests that the pandemic may create a new set of activist targets, namely those that may have complex or vulnerable supply chains.  And activist tactics may focus on companies with governance failings regarding human capital, executive compensation, disaster preparedness and risk management.  Along these lines, in June Lazard saw a higher proportion of activist actions during the second quarter that target under-performing management teams in particular.

While it’s difficult to predict accurately the actions of shareholder activists post-pandemic, public companies are not waiting to find out.  According to researchers at Duke University and Ohio State University, public companies through April 2020 have launched an unprecedented 49 “poison pill” campaigns.  That’s compared to just 19 for the entire previous year.

These “shareholder rights” plans have been one of the most effective anti-taker devices historically, although they have been generally opposed by most proxy advisory firms because, in limiting opportunities for corporate takeovers, they also potentially reduce management accountability.  However, in a recent policy note, leading governance services advisor Glass Lewis states that the firm is not totally opposed to such measures, provided that the duration of the “pill” is limited and that the company discloses a sound rationale as a result of COVID-19.

In addition to this rather dramatic step, and considering the uncertainty of the environment going forward, companies and their Boards need to consider a number of “evergreen” measures to help defend themselves. These include:

But ultimately, having a strong, consistent messaging and IR communications strategy is key to presenting a company’s value to the marketplace.  Especially in times of crisis, being able to thoughtfully convey how you’re managing through the challenges, the overall health of your business, and its long-term strengths, opportunities and investment thesis going forward will go a long way to prepare you for what can be known in the future, as well as being better able to handle the unknowns.

15 Slides to a Powerful Corporate Presentation

As a communications agency serving the biotech, pharmaceutical, and affiliated health science industry for over 20 years, LaVoieHealthScience has developed specific guidance for clients on how to develop and deliver highly effective corporate presentations.  As a...

Start reaching out if you have not already to top targetsSpread a wide net.  Extend your reach and target 20% or more new names. 2x outreach + personal emails.  Master schedule, one pen. 30 min meetings; 15 min travel timeTry BIO’s 1×1 meeting platform or...

The EU’s signature framework for the financial markets is starting to have major impacts in the US What are the challenges and potential opportunities for companies in the life sciences? On January 3, 2018 the Market in Financial Instruments Directive (MiFID) II was...

LinkedIn is a critical tool for networking, branding, and showcasing the talent that makes your team unique. With a growing number of life science professionals on LinkedIn, your company’s presence on the platform can serve as a point of reference for investors,...

Communications Strategies to Prepare for an IPO, and Beyond

How you tell your company’s story before, during and after an IPO can have a big impact on your valuation and market success  Preparing for an IPO signs you and your company up for months of hard strategizing, messaging and decision-making to effectively tap the...