back to all case studies »

Xontogeny and Perceptive Advisors formed a new VC fund know as the Perceptive Xontogeny Venture (PXV) Fund. The challenge was to leverage Perceptive’s well known but not well-publicized brand as one of the largest public equity hedge funds and Xontogeny’s reputation as a biotech industry start-up accelerator. Another challenge was to identify broader media channels and content to build recognition of the PXV Fund brand and the differentiated Xontogeny model as compared to other funds​. The goal was to maximize impact with business and industry press. 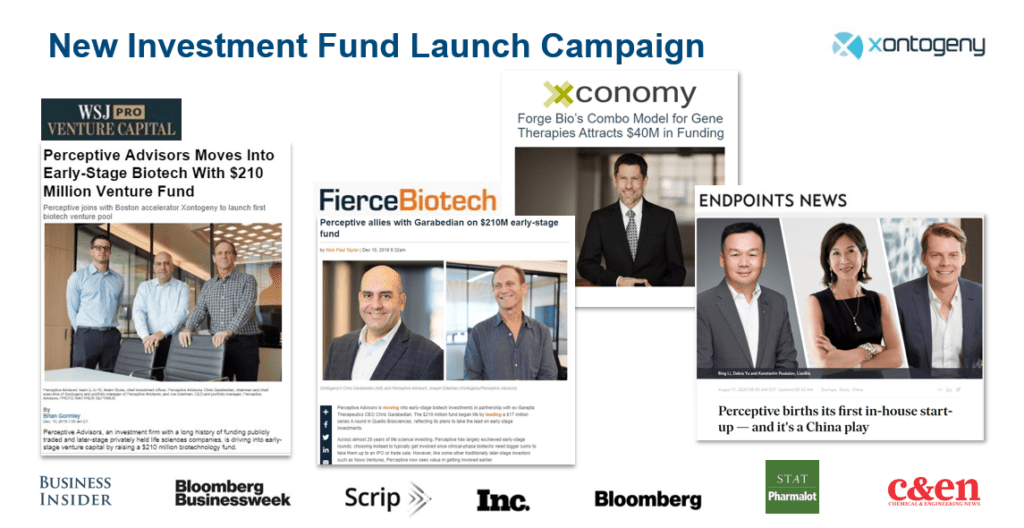 back to all case studies

Partner with us to build your winning company