With ESG investing moving from tipping point to turning point, what impact will the new DOL rules have on investors and plan sponsors?

Given the macro-level upheavals that have taken place so far in 2020 – from the global pandemic to the movement for racial and social justice and the ongoing threat of climate change – environmental, social, and governance (ESG) related topics have become increasingly central to the investment conversation. Assets in ESG investments have grown dramatically in the past decade, and this growth has continued strongly into 2020.

According to Morningstar data, U.S. mutual funds and exchange-traded funds (ETFs) designated as “sustainable” attracted more than $10 billion of inflows in the second quarter of 2020, in contrast to the $137 billion in net redemptions suffered by stock funds. Combined with first quarter fund inflows, the total for just the first half of the year of $20.9 billion nearly matched 2019’s record of $21.4 billion for the entire year. Last year’s sustainable fund flows were some four times higher than the previous record year.

And ESG funds are strongly benefiting from healthcare holdings, with the most widely held S&P 500® Health Care stocks owned by sustainable equity funds outperforming the least popular names in recent years, according to a study by RBC Capital Markets.  The most popular stocks among actively managed sustainable funds include Merck, Danaher, United Health, Medtronic, and Thermo Fischer Scientific.

Clearly, 2020 is shaping up to be a watershed year for ESG investing, with the pandemic highlighting the importance of biodiversity, supply chain management, human capital, and health and safety. The movement for racial and social equality has spotlighted corporate practices around diversity and inclusion. And “stakeholder capitalism” has become a trending term, embraced even by mainstream organizations like the Business Roundtable.

Against this backdrop, newly announced rule changes by the Department of Labor (DOL) for private pension fund investing in ESG-related funds may have the potential to curtail, if not outright eliminate, ESG funds in private pension and retirement funds.

In June, the DOL proposed the new rule which will limit retirement plan sponsors and plan fiduciaries under the Employee Retirement Income Security Act of 1974 (ERISA) from investing in ESG funds, claiming they could harm investment returns or take on additional risk. The rule was passed in October and will go into effect January 1, 2021.

According to the new rule, ERISA plan fiduciaries may not invest in ESG vehicles when they understand an underlying investment strategy of the vehicle is to subordinate return or increase risk for the purpose of non-financial objectives. “Private employer-sponsored retirement plans are not vehicles for furthering social goals or policy objectives that are not in the financial interest of the plan,” said Secretary of Labor

Eugene Scalia in a DOL press release. Scalia further stated in a Wall Street Journal op-ed that, “It is unlawful to sacrifice returns, or accept additional risk, through investments intended to promote a social or political end.”  And he firmly concluded, “A fiduciary’s duty is to retirees alone,” … “because under ERISA one ‘social’ goal trumps all others – retirement security for American workers.”

The DOL’s new rule amends regulations under section 404(a) of ERISA and makes the following five core changes to long-standing regulations governing a fiduciary’s duty of “prudence and loyalty.”

Many retirement plan professionals conceded that this the rule would create major hurdles for advisors and plan sponsors to even consider the use of these funds. And the magnitude of the issue is enormous. According to the DOL, there are some 8,870 defined benefit plans and some 18,400 defined contribution plans that will be affected by this rule. Generating more hurdles with uncertainty and potential legal risks, say retirement plan professionals, could have a chilling effect to incorporating ESG criteria, and could result in plan participants losing access to ESG investment options.

After an abbreviated 30-day comment period for the rule ended on July 30, 2020, more than 8,700 public comments were logged onto the Department of Labor’s site. An analysis by financial industry and investor organizations found that over 95% of the comments were in opposition to the rule, with only 4% expressing support and 1% expressing neutral views.

A key takeaway from the opposing comments was that the rule is not based on evidence that a problem actually exists. Putnam Investments, with more than $175 billion in assets under management, states in its comments that the rule treats, “all ESG approaches as if they involve intentional sacrifice of returns,” but that potential harm to returns is, “based on limited evidence,” and overstates the purported problem.

Further, commenters suggested the rule is based on unsupported assumptions that ESG funds give up returns in favor of “non-pecuniary” rewards. BlackRock, one of the largest ESG fund sponsors, and with $7.4 trillion in total assets under management, argues that, “enhanced data and insights make it possible to create sustainable portfolios without compromising financial goals.”  “… ESG-focused indexes have matched or exceeded returns of their standard counterparts, with comparable volatility.”

Future of ESG investing through 2020 and beyond

The DOL’s new rule is an important evolution of its views on ESG investing – extending its 2018 guidance on how fiduciaries can take environmental, social, or governance factors into account when making plan investments.  However, the new rules on duties of prudence and loyalty could create challenges and obstacles for ERISA fiduciaries who are considering ESG investments.

On October 14, the DOL submitted the final rule, entitled “Financial Factors in Selecting Plan Investments,” to the White House’s Office of Management and Budget, which passed on October 30, and the final rule goes into effect on January 12, 2021.  Perhaps the ultimate fate of the rule could be in the hands of the next Congress, who could choose to overturn it outright through the Congressional Review Act – the 1996 law that gives Congress extensive power to invalidate rules established by federal agencies. 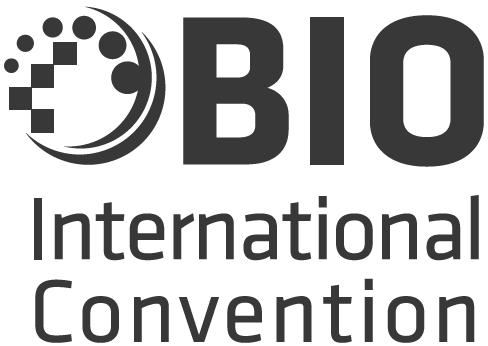 By: Kristi Bruno Peanut butter and jelly.Eggs and bacon.Peas and carrots.Salt and pepper.Investor relations and social media. Yes, you read that correctly. Some things just go together. Investor relations in 2022 and beyond requires integration of a smart and...

As we continue with hybrid conferences in 2022, here are some tips to help you navigate the digital format and reach your target stakeholders at this year’s hybrid conferences. Take advantage of one-on-one partnering systems offered by the conference to get a head...

Q&A: Adjusting to the Hybrid Meeting Landscape in the Health and Science Industry

When COVID-19 hit and shifted the working world fully remote in March 2020, employees in all professions and industries had to adjust quickly. As the pandemic marches on, we continue to pivot and adjust. We visited with Sharon Choe, Senior Vice President & Head of...

Multimedia content is a crucial tool in any business’ social media success. In recent years, social platforms provide the opportunity to share not only static photo and infographic content, but also animation videos and GIFs which can lead to higher engagement levels....

Want to discuss your ESG strategy with our expert investor relations team? Book 15 minutes with Paul Sagan to get started today. Interviews with our senior practice managers about issues of important to life science innovators Paul Sagan, Vice President of Investor...